Rexpy is a powerful tool we created that generates regular expressions from examples. It's available online at http://rexpy.herokuapp.com and forms part of our open-source TDDA library.

Miró users can use the built-in rex command.

A regular expression for Postcodes

If someone asked you what a UK postcode looks like, and you don't live in London, you'd probably say something like:

About the simplest way to get Rexpy to generate a regular expression is to give it at least two examples. You can do this online at http://rexpy.herokuapp.com or using the open-source TDDA library.

This is the regular-expression equivalent of what we said:

This doesn't cover all postcodes, but it's a good start.

Any easy way to try out the regular expression we generated is to use the grep command1. This is built into all Unix and Linux systems, and is available on Windows if you install a Linux distribution under WSL.

If we try matching a few postcodes using this regular expression, we'll see that many—but not all—postcodes match the pattern.

If we write a few postcodes to a file:

we can then use grep to find the lines that match:

More relevantly, for present purposes, we can also add the -v flag, to ask the match to be "inVerted", i.e. to show lines that fail to match:

Let's add an example of each in turn:

Here [A-Z]{1,2} in brackets means 1–2 capital letters, and we've checked the anchor checkbox, to get it to add in ^ at the start and $ at the end of the regular expression.2 If we use this with our grep command, we get:

If we now add in an example with two digits in the first part of the postcode—say RG22 4EX—rexpy further refines the expression to ^[A-Z]{1,2}\d{1,2} \d[A-Z]{2}$, which is good for all(?) non-London postcodes. If we repeat the grep with this new pattern:

only the London example now fails.

Unfortunately, that's not what happens. Instead, Rexpy produces:

In this case, we'd probably fix up the regular expression by hand, or separately pass in the special Central London postcodes and all the rest. If we feed in a few London postcodes on their own, we get:

which is also a useful start.

By the way: if you're in easy reach of Edinburgh, we're running a training course on the TDDA library as part of the Fringe of the Edinburgh DataFest, on 20th March. This will include use of Rexpy. You should come! 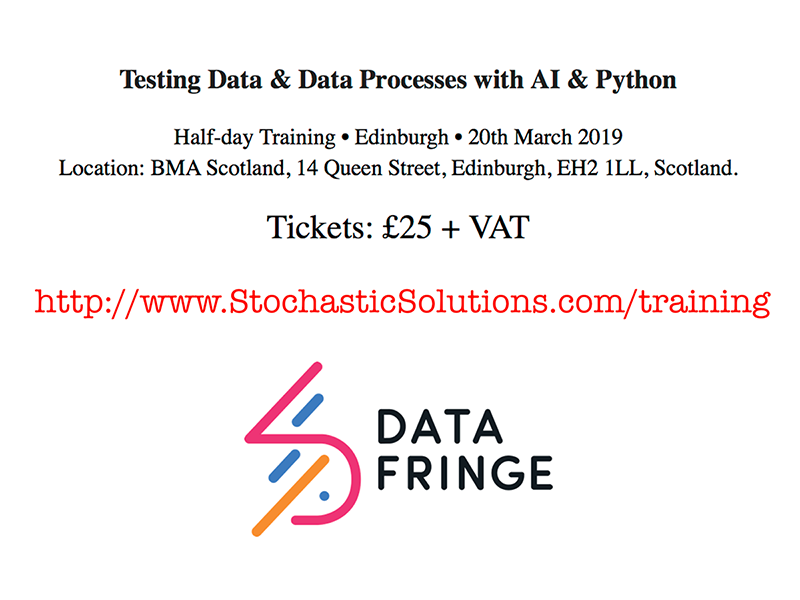