Yesterday, email subscribers to the blog, and some RSS/casual viewers, will have seen a half-finished (in fact, abandoned) post that began to try to characterize success and failure on the crowd-funding platform Kickstarter.

The post was abandoned because I didn't believe its first conclusion, but unfortunately was published by mistake yesterday.

This post explains what happened and tries to salvage a "teachable moment" out of this minor fiasco.

Kickstarter is a crowd-funding platform that allows people to back creative projects, usually in exchange for rewards of various kinds. Projects set a funding goal and backers only pay out if the aggregate pledges made match or exceed the funding goal during a funding period—usually 30 days.

Project Phoenix on Kickstarter, from The Icon Factory, seeks to fund the development of a new version of Twitterrific for Mac. Twitterrific was the first independent Twitter client, and was responsible for many of the things that define Twitter today.1 (You were, and are, cordially invited to break off from reading this post to go and back the project before reading on.)

Ollie is the bird in Twitterrific's icon. 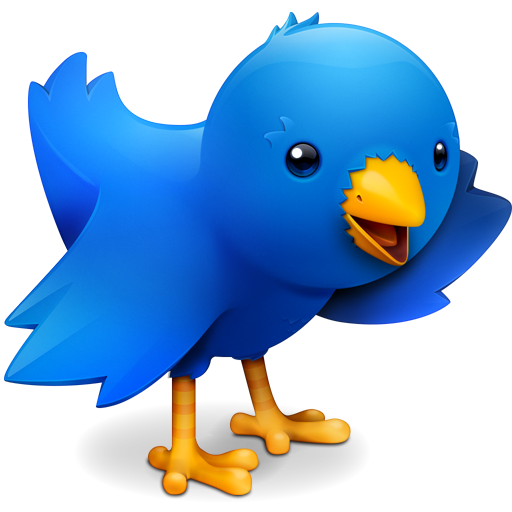 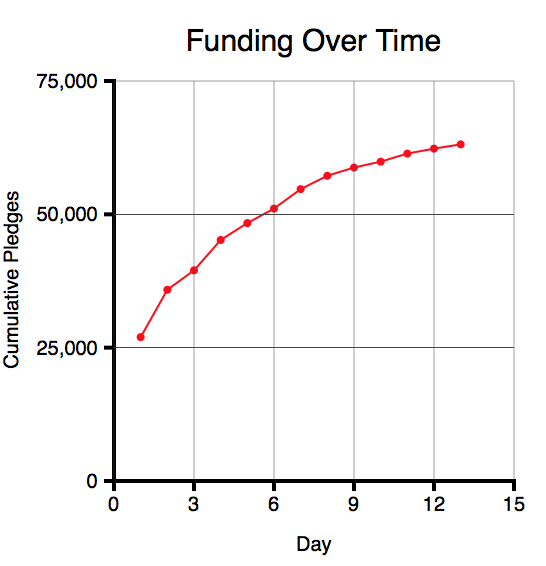 Given that the amount raised was falling each day, and looked asymptotic, questions I was interested in were:

The idea was to use some open data from Kickstarter and simple assumptions to try to find out what successful and unsuccessful projects look like.

[This paragraph is unedited from the post yesterday, save that I have made the third item below bold.]

Kickstarter does not have a public API, but is scrapable. The site Web Robots makes available a series of roughly monthly scrapes of Kickstarter data from October 2015 to present; as well as seven older datasets. We have based our analysis on this data, making the following assumptions:

[That last point, heavily signalled as critical, turned out not to be the case. As soon as I saw the 99.9% figure below, I went to try to validate that projects didn't go missing from month to month in the scraped data. In fact, they do, all the time, and when I realised this, I abandoned the post. There would have been other ways to try to make the prediction, but they would have been less reliable and required much more work.]

We started with the latest dataset, from 15th February 2017. This included data about 175,085 projects, which break down as follows.

Only projects with a 30-day funding period were included in the comparison, and only those for which we knew the final outcome.

The table showed that 80,766 of the projects are 30-day, and of these, 79,102 are not live. So this is our starting universe for analysis. NOTE: We deliberately did not exclude suspended or canceled projects, since doing so would have biased our results.

Various fields are available in the JSON data provided by Web Robots. The subset we have used are listed below, together with our interpretation of the meaning of each field:

These are the overall statistics for our 30-day, non-live projects:

Just under 40% of them succeed.

But what proportion reach 84% and still fail to reach 100%? According to the detailed data, the answer was just 0.10%, suggesting 99.90% of 30-day projects that reached 84% of their funding goal, at any stage of the campaign went on to be fully funded.

That looked wildly implausible to me, and immediately made me question whether the data I was trying to use was capable of supporting this analysis. In particular, my immediate worry was that projects that looked like they were not going to reach their goal might end up being removed—for whatever reason—more often that those that were on track. Although I have not proved that this is the case, it is clear that projects do quite often disappear between successive scrapes.

It was at this point I abandoned the blog post.

So what did we learn?

We are trying to develop methodologies and tools to reduce the likelihood and impact of each of these kinds of errors.

While we wouldn't normally regard this blog as an analytical process, it's perhaps close enough that we can view this particular error through the TDDA lens. I was writing up the analysis as I did it, fully expecting to generate a useful post. Although I got as far as writing into the entry the (very dubious) 99.9% of 30-day projects that reach 84% funding at any stage on Kickstarter go on to be fully funded, that result immediately smelled wrong and I went off to try to see whether my assumptions about the data were correct. So I was trying hard to avoid an error of interpretation.

But an error of process occurred. This blog is published using Pelican, a static site generator that I mostly quite like. The way Pelican works is posts are (usually) written in Markdown with some metadata at the top. One of the bits of metadata is a Status field, which can either be set to Draft or Published.

When writing the posts, before publishing, you can either run a local webserver to view the output, or actually post them to the main site (on Github Pages, in this case). As long as their status is set to Draft, the posts don't show up as part of the blog in either site (local or on Github), but have to be accessed through a special draft URL. Unfortunately, the draft URL is a little hard to guess, so I generally work with posts with status set to Published until I push them to Github to allow other people to review them before setting them live.

So the learning for me is that I either have to be more careful with Status (which is optimistic) or I need to add some protection in the publishing process to stop this happening. Realistically, that probably means creating a new Status—Internal—which will get the make process to transmogrify into Published when compiling locally, and Draft when pushing to Github. That should avoid repeats of this particular error of process.